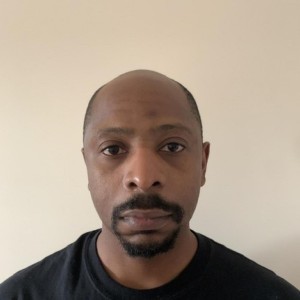 We recently discuss TAPSE to assess the RV (see here). But there is another measure called the peak lateral tricuspid annular systolic velocity, otherwise known as “Systolic wave prime” or “S Prime” (Abbreviated to S’ when writing), refers to the maximum velocity achieved by the lateral tricuspid annulus during systole. It is a useful index to assess right ventricular function and is mentioned as part of the minimum data set for comprehensive echocardiography in both British and American guidelines.

WHY DOES IT MATTER?

S’ is an index that has been shown to correlate with RV ejection fraction, and with outcomes in people with RV dysfunction- pulmonary hypertension, pulmonary embolus, and cardiogenic shock.

OK YOU’VE CONVINCED ME. HOW DO I MEASURE IT?

As the myocardium moves at a relatively low velocity (as opposed to blood, which moves at high velocity), the way to assess RV S’ involves the use of Doppler- but specifically, tissue doppler.

WHAT IS TISSUE DOPPLER?

Tissue Doppler (Often abbreviated as “TDI”, which stands for Tissue Doppler Imaging) is a specialized form of Doppler imaging that uses notch filters to specifically look at low velocities. It’s used in echocardiography to assess myocardial motion and plays an integral role in the assessment of diastolic heart dysfunction.

So in order to assess RV S’, you’ll need an aligned view of the lateral tricuspid annulus, similar to the one used to assess Tricuspid annular plane systolic excursion (TAPSE) that we discussed previously (here).

You then apply tissue Doppler as per your machine’s set up, and align a Doppler Cursor over the lateral tricuspid annulus:

The EACVI recommend the following settings for your tissue Doppler:
-Gate size 6-8mm

When you activate the Tissue doppler, you should get a nice clear waveform as shown below, with multiple deflections.

You may need to adjust your gain to optimize the clarity of your signal.

The deflection you are interested in is the peak FORWARD velocity during systole. I’d highly recommend you do this with ECG attached as it makes the S’ wave much easier to detect- it will be the deflection that follows your QRS complex.

SO WHAT IS NORMAL S’?

An RV S’ of more than 10cm/s is considered normal. S’ is considered a dichotomous value, and is graded as either “normal” or “impaired”.

WAIT A MINUTE. THIS LOOKS AND SOUNDS A LOT LIKE TAPSE. WHY SHOULD I DO THIS, AND NOT JUST TAPSE?

Remember that TAPSE has its pitfalls, in particular

-Need for a clear view of the annulus

Tissue Doppler is a lot more forgiving, and you can often still get an S’ signal even when your 2D images aren’t great. Tissue Doppler is also less angle-dependent than M mode, so S’ values change less with off-axis imaging.

WHAT ARE THE DISADVANTAGES OF S’?

You’ve guessed right- as it’s similar to TAPSE, it suffers from many of the same pitfalls:

-Your Doppler gate needs to be accurately positioned over the lateral tricuspid annulus. If not you’ll get a janky signal and an inaccurate trace.

-It only assesses longitudinal movement of the right ventricle, and as a result, can be normal despite significant RV dysfunction. This is probably due to the fact that (also like TAPSE) the correlation between S’ and RV ejection fraction is modest.

Here is a case below of a patient with normal TAPSE (1.7cm) and S’ (12cm/s), but with a clearly dysfunctional right ventricle- it has a minimal radial contraction.

WHAT HAPPENS IF I MEASURE TAPSE AND S’, AND THEY GIVE DIFFERENT ASSESSMENTS OF RV FUNCTION?

This is not uncommon. It’s worth remembering that advanced echocardiography involves the integration of multiple parameters to make a decision.

You’ll need to have a good look at the RV in multiple planes, to qualitatively judge both its longitudinal and radial contraction. There are also other advanced parameters we can measure… but that’s for another post.

Explained clearly and logically. thank you.