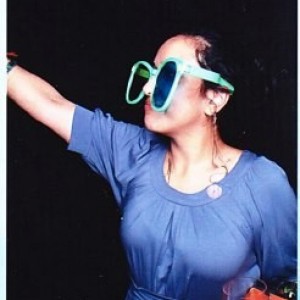 An 82-year-old lady presents after a slip and fall in the bathroom today. She says she had a questionable loss of consciousness, “it all happened so fast.” Luckily, she was able to activate her life alert when she fell and couldn’t get up.  Upon arrival at the emergency department, you note that aspirin is among her many medications (no other anticoagulants).  After your primary and secondary survey, a CT scan of the head shows intracerebral hemorrhage. The trauma team sees the patient and asks you to order DDAVP.  You ask yourself- how does that help?

There are a few management options: do nothing, give platelets, give cryoprecipitate, maybe estrogens, or give DDAVP. The overarching goal of these interventions is to increase circulating functional clotting factors.

What is DDAVP, and how does it work?

DDAVP, also known as desmopressin, is a synthetic analog to vasopressin (ADH). Vasopressin both constricts blood vessels and reabsorbs water from the distal convoluted tubules and the kidneys’ collecting ducts to increase the body’s blood pressure.

DDAVP increases circulating levels of factor VIII and von Willebrand factor (vWf), leading to secondary improvements in platelet adhesion to endothelial defects and can therefore be used for hemorrhage control in patients with mild to moderate hemophilia A and von Willebrand’s disease. It has also been considered for use in patients with uremia and prolonged bleeding time due to decreased expression of vWF and reduced activity of the vWF-factor VIII complex.2-5

Aspirin is an irreversible COX-1inhibitor with onset within 10 minutes of administration and results in irreversible platelet aggregation inhibition lasting 5-10 days. Whereas clopidogrel (Plavix) and similar irreversible ADP receptor inhibitors such as cilostazol and ticlopidine prevent activation of the GPIIb/IIIa receptor complex, thereby reducing platelet aggregation. Platelets blocked by clopidogrel are affected for the remainder of their lifespan, 7-10 days.  DDAVP may be used to prevent further hematoma expansion by decreasing bleeding time. DDAVP also causes the release of Von Willebrand Factor, aiding pro-coagulation.

Most of the literature is interpretive from uremic bleeding in patients with chronic renal failure, where administration of DDAVP resulted in statistically significant decreases in bleeding time.4,6,7  Patients on aspirin before coronary artery bypass grafting had less chest tube and total blood loss compared to placebo.5  In another study looking at patients on aspirin prior to elective cholecystectomy, those given DDAVP at induction and 6 hours had shortened bleeding time compared to placebo, although there was no difference in postoperative bleeding time.8

What is its use in trauma?

DDAVP can be used to reduce hematoma expansion in patients who have suffered a traumatic brain injury (TBI) and were previously taking aspirin.

There is a lack of evidence to support the utility of DDAVP in preventing hematoma expansion in patients who suffered from a TBI and were taking an antiplatelet agent.

Furay recently compared platelet transfusion to DDAVP to reverse platelet dysfunction in TBI patients and found that both groups have similar correction.9

Interestingly, Barletta found the incidence of hematoma expansion was 14% in patients on aspirin that received DDAVP compared to 30% for patients who did not.10

As for non-traumatic hemorrhage, there is even less evidence to support or refute DDAVP use.11-13