Try This To Maximize Feedback Retention 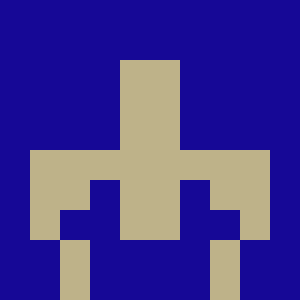 A resident stands waiting for you after your shift.  Seeing you head towards the door, they ask, “Can you give me some feedback after our shift together?”  You spend 5 minutes going over positive behaviors and behaviors they should work on before their next shift.  They nod their head, smile, and say “OK, see you later.”  It’s a regular occurrence that happens at the end of most shifts and we oblige because that’s what educators do: we provide feedback.  Unfortunately, imagine the surprise we feel when we receive our evaluations and see the phrase, “They don’t really provide feedback when we work together.”  What can we as educators do to ensure learners are aware of and processing the feedback we are providing?

Signposting is one of the easiest techniques.  Signposting is the concept of informing a learner when feedback is coming or has already come.  There are two types: prospective and retrospective.  Prospective involves announcing beforehand that you are about to provide some feedback, whereas retrospective involves announcing after the feedback has already been given.  There are pros and cons for each, but both have value.  For instance, prospective signposting may be used after observing a learner perform a task and you want to provide constructive criticism.  On the other hand, retrospective signposting may be used when feedback is provided during a critical procedure and you want to alert the learner that feedback has already been provided.  The key to signposting is to use the word “feedback.”

“Let me give you some feedback on that patient interaction.”

“Here is my feedback on the placement of that central line.”

“I hope that feedback I just gave you will be helpful for the next time you intubate a bloody airway.”

Here are some other effective techniques to make your feedback stick.

1) Search for an emotional response to your feedback.  Feedback like “good job” does not garner much of an emotional tick in the learner and, if it does, it is often not an appropriate one.  Instead, seek to generate an emotion (positive or negative) in an effort to know they were affected by the feedback.  It is more likely to be remembered.

2) Be specific.  Nonspecific feedback often has no effect on change in a learner.  For example, “I liked how you talked to the patient,” doesn’t specify what part of talking to the patient was particularly well done.  Instead, a statement such as “Using non-medical terms as you did help the patient understand you better.”  Specific actions and behaviors, especially attached to your emotional response, will often generate recall and subsequent memory formation.

3) Be timely.  The end of the shift is often the worst time to provide feedback as memory recall is more difficult.  The action has often been performed hours earlier making it much more difficult to remember.  Additionally, physical and mental fatigue is certainly present at the end of a shift.  Immediate feedback is much more likely to be recalled and remembered.

4) Make a time and place for feedback. Sometimes the learner is not ready to receive feedback.  Maybe there was a bad outcome, or they had a difficult encounter with a patient.  Or you are around their colleagues and peers and there is a high potential for embarrassment.  This is certainly a set up for a disaster.  Instead, ask if the learner is ready to receive feedback.  Once they are ready, pull them to a private area, especially if it is perceived as negative or constructive feedback, to remove them from any potential harm.  This will create a much healthier learning relationship with the learner.

5) Give more frequent feedback. Creating a culture of feedback will allow learners to expect it and seek it more frequently.  An example would be to provide feedback after every patient encounter.  After a while, they will come to expect it.  This will create a learning environment that is much more conducive to a growth mindset and improvement.

6) Ask for feedback on your teaching.  Nothing creates a culture of feedback better than bi-directional feedback.  Hearing feedback on how you taught or how you provided feedback will help you to grow as an educator.

Performance Skills for the Educator: Power of Practice

The Hybrid Model: The Best of Both Worlds?