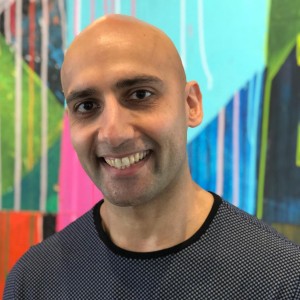 One of the great ironies of modern medicine, despite the millions of dollars spent on research every year to improve patient outcomes and reduce provider burnout, is that no one in medicine seems to get good sleep. The more time that passes without adequate rest, the more I wonder who will succumb to delirium: overworked providers or exhausted patients?

The long-term health benefits of sleep are unquestioned. Those with poor-quality sleep are much more likely to suffer from cardiovascular disease, memory impairment, obesity, increased irritability, and depression. But while the National Sleep Foundation recommends that, on average, healthy adults should have between 7 to 9 hours of sleep, the CDC reports that over one-third of Americans get less than 7 hours of sleep a night.

It seems to me that sleep, an activity that we spend one-third of our lives doing and which is so vital to our health, is the type of low-hanging fruit that our hospitals should have easily optimized already. Yet in my time in various ICUs, it is not uncommon for me to find the IV pump alarms beeping incessantly, the fluorescent lighting bright as day, and the television set to something mind-numbing like Jerry Springer or, perhaps even worse, cable news. After this kind of relentless torture, can you blame our patients for wanting to rip their endotracheal tubes out?

Critically ill patients need round the clock monitoring and treatment, yet they also need their sleep. So how do we solve this paradox? Over the next few months, I’ll dive deep into sleep in the ICU. We will start by talking about what it is and why we need it. We will also explore why it matters in the ICU, including the barriers to good sleep, the consequences of poor sleep, and how we can help our patients sleep better. At the end of this series, not only do I hope that your patients start getting the sleep they need, but, hopefully, you all are getting the shut-eye you need to perform your best.

Sleep is a state of altered consciousness, characterized by cognitive and sensory disengagement from external reality that naturally occurs and is periodic, linked to the day-night cycle. There are reduced interactions with the surroundings, decreased muscle activity, and a diminished ability to react to stimuli up to a certain individual threshold when one can be aroused.

Sleep is generally divided into two states: rapid eye movement (REM) and non-rapid eye movement. Non-REM sleep is divided into three stages, each progressively deeper and more restful. REM sleep lasts about 25% of total sleep time, usually occurs later in the night, and is a restorative stage in which dreams occur. The NREM-REM cycle repeats cyclically, every 90 to 110 minutes, five to six times a night.

Sleep is regulated by our circadian rhythm, which is based on a biological clock located in the suprachiasmatic nucleus of the hypothalamus that is tuned to a 24 hour cycle and helps determine the sleep-wake cycle, and the homeostatic system, which regulates the amount of sleep that is obtained. The circadian rhythm is synced to the 24 hour day primarily by external stimuli like exposure to light, which is also associated with melatonin, a hormone that is secreted maximally at night in order to promote nighttime sleep.

Why Do We Need It?

The truth is that the reason we sleep is largely a mystery. We know that lack of sleep can be detrimental to long term health and that acute sleep deprivation can lead to disordered thinking, poor impulse control, delirium, hallucinations, and, if you get behind the wheel after a long shift, perhaps death. In fact, according to the CDC, being awake for at least 24 hours is roughly equal to having a blood alcohol content (BAC) of 0.10%! That’s higher than the 0.08% BAC legal limit in all 50 states. So while we are not sure why we sleep, scientists have proposed a number of theories.

1) Evolutionary or Inactivity Theory: We sleep because of evolutionary pressure that allowed those who were inactive at night to escape predation, injury, or death in the dark. In other words, hiding away and sleeping for the night prevented us from becoming another predator’s midnight snack.

2) Energy Conservation Theory: Sleep allows us to reduce the body’s energy expenditure during the time of day and night when it is least efficient to search for food. In fact, the body’s metabolic rate decreases by 10% while we sleep, so you might want to think twice before you scarf down that cupcake before bed.

3) Repair and Restorative Theory: While we sleep, the body replenishes and repairs cells and their components, from protein synthesis to muscle repair and tissue growth, which are consumed during the various metabolic processes during the day. Which explains why you never got that six pack you wanted during residency… Got to sleep to grow, baby!

4) Brain Plasticity or Information Consolidation Theory: Sleep helps us consolidate long term memory because that is when our brains are able to reorganize their neural structure and grow new connections. Perhaps that’s why you never seemed to recall anything you studied during your late-night cram sessions in medical school.

5) The Brain Clean Up Theory: One of the newest theories devised, the glymphatic system was identified by researchers at the University of Rochester in 2013 as a macroscopic waste clearance system that removed cellular metabolites and proteins from the central nervous system. The glymphatic system also seemed to be responsible for distributing glucose, lipids, amino acids, neural hormones, and growth factors throughout the brain. The remarkable aspect is that the glymphatic system was most active during sleep when extracellular space expands so that efficient removal of neurotoxic waste products such as beta-amyloid can occur. It has since been proposed that the restorative function of sleep is due to nightly clearing of the waste that our awake brains have left behind. It’s kind of like deleting your brain’s Google search history, except your partner won’t find it.

Of course, there are many more hypotheses for the reasons why we sleep and like many things in science, the true answer is probably some combination of these theories. But it is indisputable that getting sleep is paramount to optimal function and health. Next time, we will hone in on sleep in the ICU: why it’s important, what happens when our patients get poor sleep, and how we can promote better sleep. But until then, please please please turn off the TV in your patient’s room and don’t get behind the wheel after a 24 hour shift.

The Vitals: To Be A Great Proceduralist, Be...

The Vitals: How to Protect the Lungs –...