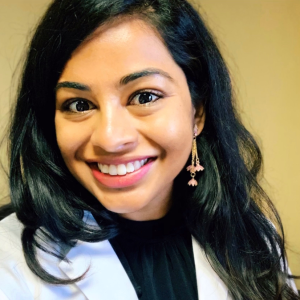 A 35-year-old male with a recent history of  COVID-19 complicated by pulmonary embolism and cardiomyopathy requiring an ICD placement presents to the hospital with left arm pain and swelling. The patient is not currently on any anticoagulation. The patient denies any chest pain or left arm weakness.

On examination, the patient is not weak on the left upper extremity. There is pain and swelling noted to the proximal left arm. No overlying erythema. At triage, EKG had a regular rate and rhythm without any significant changes from previous.

Question: Which of these should be done for the patient?

The correct answer is “All of the Above”

In the Emergency Department, 1/1000 people are diagnosed with a DVT. Of note, upper extremity DVT (UEDVT) is much rarer than lower extremity DVT (LEDVT). Most commonly, in the clinical setting, indwelling intravenous catheters and cardiac devices increase the risk of UEDVTs encountered. A delay inappropriate treatment can increase the risk of serious complications including chronic limb pain, superior vena cava syndrome, and pulmonary emboli therefore, care should be noted to perform a thorough exam and consider suspected thromboembolic to expedite care when evaluating a patient with upper extremity pain.

LEDVTs occur at almost a 5 fold higher rate than UEDVTS. Current data supports that the rate of pulmonary emboli may be higher than previously suspected for UEDVTs.1 The most common sites of UEDVT are the axillary and subclavian veins. In some patients, empiric anticoagulation may be indicated in the event that comprehensive radiology vascular ultrasound is unavailable at the time of presentation. POCUS can be extremely valuable in a situation where a patient presents with pain, swelling, or erythema. Physicians can quickly at the bedside make a diagnosis, initiate treatment, decrease unnecessary testing and decrease the length of stay.

There are two subtypes of UEDVTS. More commonly we encounter the secondary subtype over the primary subtype. The primary subtype is considered effort-induced, Paget-Schroetter Syndrome, a venous form of thoracic outlet syndrome occurring in the dominant arm of young male athletes. In these cases, the subclavian vein is the most commonly involved. Indwelling devices like central venous lines, pacemaker leads, tunneled central access lines can lead to the second subtype of UEDVTs. The secondary subtype is the most common type of UEDVT occurring in over 90% of patients with UEDVT. In the setting of intravascular devices, acquired thrombophilia and malignancy may increase the risk of developing UEDVT.

How to Perform a UEDVT Scan

Setting: B- Mode with Color Doppler or Pulse Wave Doppler

Why? POCUS performed by trained EM Physicians is highly sensitive and specific for the identification of DVT

4-    Lack of Doppler signal within the vein

POCUS of the left axillary vein with a high-frequency linear transducer reveals a thrombus visualized as a hyperechoic structure in the vessel lumen which is non-compressible. Flow is abnormal through the vessel secondary to the thrombus