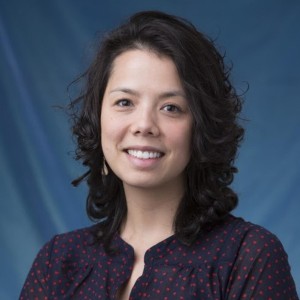 The charge nurse grabs you – “I’ve got a pregnant lady with respiratory distress going to room 2, I think she might need a tube.”

Your heart rate should pick up a little to deal with this one. But if you maintain a healthy respect for the airway and remember the following tips, you might end up saving two lives (and your scrub bottoms).

The airway of a pregnant patient is a difficult airway

Estrogen promotes neovascularization, which in combination with increased fluid retention from a more active RAAS and smooth muscle relaxation due to progesterone, causes airway edema and narrowing. Progesterone also decreases gastroesophageal sphincter tone and contributes to delayed gastric emptying, increasing the risk of aspiration. These airways are smaller and more likely to bleed with instrumentation, so getting it on your first pass is even more important than usual.

The oxygen utilization of the pregnant female is increased by approximately 30% due to higher metabolic activity and fetal needs. Pregnant women have a decreased FRC (functional residual capacity); the gravid uterus displaces the diaphragm upward while enlarged breasts can compress the chest, especially if the patient is lying supine. They can and will desaturate rapidly on you once paralyzed.

The increased oxygen demand and needs of the fetus mandate a higher oxygenation goal than usual and a PaO2 of >70 mmHg, corresponding to a SaO2 >94%, is recommended to avoid fetal bradycardia due to increased reliance on anaerobic metabolism and resultant acidemia. The hyperventilation of pregnancy and the need for a CO2 concentration gradient to help offload fetal CO2 into the maternal circulation leads to a lower PCO2, and the documented occurrence of fetal acidosis with extremes of maternal CO2 mandate that physicians try to achieve a goal PCO2 of around 30 mmHg.

The use of noninvasive positive pressure is not contraindicated

Due to the risks of aspiration mentioned above, the use of continuous or bilevel positive pressure has previously been thought to be contraindicated. However, noninvasive ventilation is a viable method to stabilize these patients and potentially avoid intubation as long as the patient is alert and able to protect their airway.