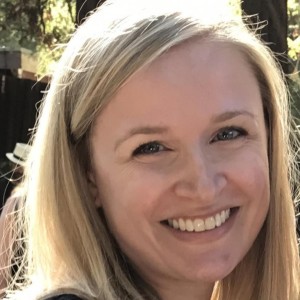 Speech patterns and vocal habits change over time and can impact how you are perceived by your listeners.  Certain speech patterns, like vocal fry and upspeak, can be received differently by different audiences.  An awareness of your natural habits can allow you to harness them, and introduce new patterns, to meet your speaking goals.

Vocal fry is the use of the lowest register of your voice in a way that leads to creaky, breathy sounds. When used in regular speech, vocal fry is not damaging to your voice, but it can become a habit.   Like any habit, it can then become unnoticed to the speaker.  There is conflicting evidence of listeners’ perception of this speaking habit.  Over the last several years, the use of vocal fry, particularly by young women, has garnered much attention.  One study by Anderson et al found that the women who spoke with vocal fry were deemed “less competent, less educated, less trustworthy, less attractive, and less hirable.” Notably, these negative perceptions were stronger for young women than young men.  Confusingly, however, another paper by Yuasa claims that the vocal fry pattern in young women was perceived as “hesitant, nonaggressive, and informal but also educated, urban-oriented, and upwardly mobile.”

This conflicting research has fueled a debate around the gender bias in the scrutiny of the speaking voice. Another study by  Irons and Alexander found that men actually spend more of their time speaking in vocal fry than women. And according to Stanford linguistics professor Penny Eckert, the use of vocal fry in men has been traditionally seen as a sign of “hyper-masculinity” and argues that women should not actively change their speaking patterns to fit societal pressures because as a society we police these patterns in women but not men.

Upspeak is the pattern in which the speaker has a rising pitch at the end of their sentence, as is natural to do when asking a question.  Similarly to vocal fry, upspeak is often maligned as a “bad” speaking pattern, one in which the speaker sounds tentative or unsure of themself.  And like vocal fry, this criticism is often gendered in its nature.

There is evidence that upspeak is used in times of uncertainty.  One study used the game show Jeopardy to study the use of upspeak.  The author found the contestants were more likely to use upseak when they answered a question incorrectly, perhaps suggesting their uncertainty.  Interestingly, the study found that women used more upspeak than men, and men used more upspeak “when surrounded by women contestants, and when correcting a woman contestant after she makes an incorrect response.”

Despite this common perception of upspeak, it is used for other purposes as well.  Most notably, it can be used in declarative statements to indicate the speaker is maintaining the speaking floor, signaling that the speaker has more to say.   In this form, it allows the audience to actively listen and prevents interruption. While interruption may be unlikely in a formal speaking environment, engaging the audience in active listening is certainly a goal.

A quick word on filler words.  These are the “likes”, “umms,” “okays,” “got its?” and “rights?” we use to fill time as our brain thinks, out of sheer force of habit or to gain continuous approval from our audience. They may serve important functions in informal dialogue, giving the listener and speaker time to process information. In a prepared lecture, however, they have very little value and can distract from your message and make you appear less confident. Focusing on shorter, less complicated sentence structures and strategically placed pauses can serve the same purpose with less distraction.  Additionally, adequate rehearsal of your presentation will stop your brain from needing to fill in the blanks while you process your next thought.

Different speaking patterns are not inherently good or bad. Rather, they can be employed to your advantage once you have an awareness of them.  The gendered criticisms that surround some of these patterns (more even than are discussed here) may influence your thinking regarding their use.  Record your own speech and map your patterns to gain a familiarity with your natural habits.  Experiment with different tactics and get feedback from a trusted colleague about their impact for you.