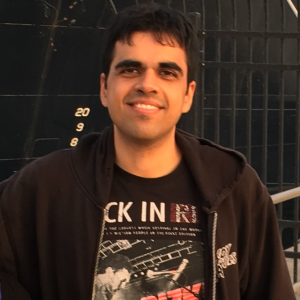 Case 1: A true reflection that I had a couple years ago:
A 55-year-old female with severe idiopathic pulmonary fibrosis (IPF) is undergoing passive mechanical ventilation. Despite a PEEP of 5 cmH20 and a tidal volume of 5cc/kg IBW, the plateau pressure (Pplat) is 35 cmH2O. Powerless and agonized by the high Pplat, you wonder if we need to bring back iron lungs for patients with IPF. This way, we would be able to protect the lung from the dangerously high pressures of the modern ventilator. Is this sound reasoning?

Case 2: A patient with newly diagnosed severe ARDS is receiving CPAP at 5 cmH2O and FiO2 70%. You temporarily tighten the mask seal to eliminate unintentional leak and note that tidal volumes read on the machine are persistently >12cc/kg. Is this patient’s current ventilator pattern putting them at increased risk for worsening of their lung injury?

Normal breathing is performed by expansion of the thoracic cavity, thereby generating negative pleural pressure and ultimately sucking the ambient air in: negative pressure ventilation (NPV). The primordial means of ventilatory assistance (the ‘iron lungs’) worked by augmenting NPV. Contrarily, modern mechanical ventilators work by generating positive pressure at the airway opening, thereby essentially pushing the air into the lungs: positive pressure ventilation (PPV). In general, PPV instinctively creates a visceral reaction as far as lung injury is concerned – much more so than NPV. But should it?

It has long been known that excessive degrees of PPV may result in lung injury. This has been termed ventilator-induced lung injury (VILI). More recently, the idea of patient self-inflicted lung injury (P-SILI) has come to light. The basic premise of P-SILI is that similar to excessive PPV, excessive patient effort may also result in lung overinflation and injury. However, P-SILI remains a controversial topic as evident by several rounds of recent debates between Tobin and Gattinoni. The goal of this brief overview is not to exhaustively discuss the available clinical evidence on P-SILI. Instead, the focus will purely be on the comparing mechanics of PPV vs NPV so that this knowledge can be used to make educated decisions at the bedside.

NPV vs PPV: The alveolar perspective

For illustration, let’s use the single compartment model of the lung where the lung is composed of a single alveolus. Consider a patient with severe IPF, as presented in the case 1 of the pre-brief. For simplicity, let’s say there is no PEEP. To generate a tidal volume of 5 cc/kg, a Pplat (and driving pressure) of 30 cmH2O is needed on the ventilator. In delivering the tidal volume, pleural pressure rises from zero to 5 cmH2O. Therefore, end-inspiratory transalveolar pressure = 30 – 5 = 25 cmH2O. If the patient was spontaneously breathing, what pleural pressure and transalveolar pressures would be needed for a tidal volume of 5cc/kg? See Figure 1 for the answer.

It should become clear from the previous example that alveolar stress/strain relates linearly to transalveolar pressure, NOT intraalveolar pressure (e.g. Pplat). In other words, a particular tidal volume can be delivered by NPV, PPV, or a combination of the two (assisted ventilation), it will result in the same transalveolar pressure resulting from varying combinations of intraalveolar and pleural pressures (Figure 2). In mechanically ventilated patients who are not paralyzed, ventilation is commonly achieved by a combination of Pvent (PPV) and Pmus (NPV). Hence, the third scenario in Figure 2 is extremely relevant to daily clinical practice.

Simply put, the alveolus doesn’t care whether air is ‘pushed in’ or is ‘sucked in’; as long as the change in alveolar volume is the same, its impact on alveolar stress/strain will be identical.

This idea was first demonstrated experimentally by Dreyfuss et al back in 1988, an essential read on this topic.

Things are not as simple when we look at the whole lung. Even in the normal lung, exterior regions (near the pleura) may be distended more in NPV, whereas interior regions are distended more in PPV (Figure 3). This likely has no major implications as far as lung injury is concerned in healthy lungs. However, the differences become clinically relevant in injured lungs. Here, we will limit the discussion to factors strictly relevant to lung injury. Miscellaneous factors not discussed here include enhanced V/Q matching and lesser sedation requirement with NPV, and the concept of diaphragm protective ventilation.

How NPV may potentially worsen lung injury in ARDS

For a given ventilatory pattern (tidal volume and respiratory rate), the regional differences in inflation between NPV and PPV get magnified in patients with ARDS and significant inspiratory effort. To understand why this happens, it is important to appreciate how the distribution of pleural pressure changes from a healthy lung to an injured lung.

Normal lung behaves like a liquid, such that with diaphragmatic contraction, the negative pleural pressure developed around peri-diaphragmatic regions gets distributed rapidly and uniformly to the entire lung. On the other hand, consolidated lung tissue has a solid-like behavior and resists shape deformation. In patients with ARDS, lung consolidation is especially predominant in dorsal regions (due to gravitational effect and weight of the heart) as well as caudal peri-diaphragmatic regions (due to the effect of intraabdominal pressure).

With vigorous diaphragmatic contraction in a patient with caudal consolidations, the negative pleural pressure developed in these peri-diaphragmatic regions is not evenly distributed to the whole lung. Therefore, pleural pressure in peri-diaphragmatic regions can be disproportionately lower than non-dependent regions (Figure 4). Due to this, movement of air may occur within the lung from nondependent to dependent regions during the initial part of inspiration, without any change in tidal volume. Importantly, there is no way to detect this phenomenon at the bedside other than electrical impedance tomography. An important implication of this is that even though tidal volume is strictly controlled on the ventilator, pendelluft may still result in relative overinflation of the dependent regions.

How NPV may potentially limit lung injury in ARDS

Although high intensity of patient respiratory efforts may be detrimental in a patient with ARDS, mild-to-moderate degree of efforts may instead have some beneficial effects.

Lymphatic clearance of pulmonary interstitial fluid is dependent on the central venous pressure (CVP). Essentially, CVP acts as the back-pressure to lymphatic clearance. As NPV results in a lower CVP compared to comparative PPV, it would naturally result in enhanced lymphatic clearance. This factor would have to be weighed against the negative hemodynamic effects of NPV, especially in patients with heart failure.

2.  The positive effect of diaphragmatic tone:

3. Homogenization of lung inflation during inspiration:

As mentioned before, dependent peri-diaphragmatic regions are more prone to collapse due to extrinsic compression. With passive PPV, the transpulmonary pressures developed in these regions is lower than the rest of the lung. This is why in passive PPV, the tidal volume is preferentially delivered to the non-dependent lung regions.

We have also discussed above how vigorous inspiratory effort may result in harmful pendelluft. However, milder degrees of inspiratory effort may instead serve to augment transpulmonary pressure in peri-diaphragmatic regions, without causing significant pendelluft. This would enable better distribution of tidal volume to both dependent and non-dependent lung regions, essentially increasing the size of the baby lung and reducing the average alveolar strain. This is perhaps the most encouraging positive potential of NPV, as far as lung injury is concerned.

Armed with this information, we can now revisit the discussion on P-SILI. Let’s review case 2 in the pre-brief. We have unequivocal clinical evidence that PPV at 12 cc/kg IBW worsens lung injury in ARDS. It’s also associated with a higher risk of non-invasive ventilation failure in ARDS. From the previous discussion, it should become clear that if a spontaneously breathing patient is taking in a tidal volume of 12 cc/kg, the global lung stress/strain generated in would be similar to that developed while being passively ventilated with the same tidal volume. Furthermore, more vigorous the inspiratory effort, higher the chance of pendelluft and disproportionately higher strain in the dependent regions. If this patient is to be intubated and passively ventilated at 6cc/kg IBW, this would clearly result in a less injurious ventilation compared to spontaneous breathing.

The fact that PPV in any way, shape, or form can be less damaging than NPV may not be very intuitive for some. This is the major motivation behind this post to highlight the fact that there is nothing inherently injurious about PPV compared to NPV. As such, among the various indications of intubation and mechanical ventilation, “enforcing lung protective ventilation in a patient with severe ARDS” should be one. Admittedly, deciding when the spontaneous ventilatory pattern is “unacceptably injurious” and pulling the trigger on intubation can be very challenging at the bedside. However, this is a separate discussion. The point, for now, is to recognize the possibility of P-SILI is backed by solid physiological reasoning and common sense.

A major source of confusion in the P-SILI discussion is context-insensitivity to the size of the available lung (a.k.a ‘baby lung’). It is often cited that individuals with healthy lung can tolerate very high tidal volumes (e.g. in DKA, exercise etc.). The counter-argument to this is that patients with normal respiratory system compliance (e.g. those receiving general anesthesia) can be safely ventilated with high tidal volumes with reasonable driving pressures. Again, for a particular person, transpulmonary pressure swings required to generate a given tidal volume would be identical in both NPV and PPV. P-SILI only becomes a potential issue when the size of the baby lung is small in patients with ARDS.

On that note, it is also worth mentioning that our relative tolerance for ‘high-volume’ spontaneous breathing should reduce as the severity of ARDS increases. As such, in mild and even moderate ARDS, low to moderate levels of spontaneous breathing efforts may be acceptable, and even desirable (for reasons discussed above). In severe ARDS, the available lung size is small and high tidal volumes would result in much higher lung stress/strain in the available lung. Accordingly, these patients would require much higher transpulmonary pressure (and hence inspiratory effort) to generate higher tidal volumes, thereby also increasing chances of pendelluft. On clinical examination, these patients typically show signs of increased work of breathing.