Introduction to ROTEM (Part 1 of 2) 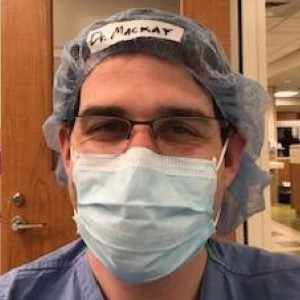 When you’re done reading this post, check out Part 2 here!

Viscoelastic assays (VEAs) include rotational thromboelastography (ROTEM) and thromboelastography (TEG) and have become increasingly available at larger centers. While the two assays differ slightly in the execution, the overall theory is about the same: blood sits in a conical vial and is exposed to an activator, at which point a tension or rotational element (either a pin or a wire) estimates clot strength as time passes (see figure 1). As shown in Figure 2, both assays produce a plot of the clot’s strength (measured in amplitude) vs. the time it takes to reach that amplitude (1). Rather than assessing a patient’s ability to clot on independent thresholds (e.g. platelet counts or INR), ROTEM and TEG provide a “whole blood” understanding of how a patient’s clotting pathways are performing in real time.

First making their debut in the OR during transplant and cardiac bypass, VEAs were used at the point of care to help guide blood product administration (1-3). More recently, they are being used in the acute setting when large amounts of blood products are required for resuscitation (e.g. trauma, massive GIB, etc) as well as optimization on ECLS circuits. VEA evidence has gone back and forth over time, with a recent trial arguing against improved outcomes for VEA-based transfusion in trauma resuscitations (4). That said, in 2020 SCCM published guidelines on management of patients with acute liver failure and acute-on-chronic liver failure (ALF and ACLF) (5). One of their “strong” recommendations was the use of TEG or ROTEM when evaluating bleeding or preoperative clearance of critically ill liver patients.

This puts intensivists in a curious position: although some evidence is still lacking, there are many centers and professional guidelines advocating for use, or at least,  familiarity with VEAs. Interestingly, many hematology professionals may either doubt the “new kid on the block” or simply be unfamiliar; you may not have a blood doctor ready to help you interpret a VEA, especially at 2am.

The Issue with Standard Labs

Thrombocytopenia, anemia, elevated INRs, low fibrinogen levels: it all comes with the territory of managing critically ill patients. Despite this common knowledge, when a liver patient begins to bleed, or when they simply need a PEG tube, it’s common for proceduralists or bedside clinicians to insist on blood product prescription based on achieving “normal” lab thresholds. It’s an easy assumption to make, but it’s probably incorrect (and maybe harmful). Other times a bleeding diathesis may trigger people to prescribe products blindly (especially when massive transfusion protocols are activated).

The easiest example of this flawed thinking is the impulse to “correct” an aberrant INR in a cirrhotic patient. A patient may have been stable for days with an INR of 3.5 without any evidence of bleeding, but fearing a complication, it’s still common for an interventionist to insist on correction with fresh frozen plasma so that their INR falls below 2. However, INR was never meant to indicate bleeding risk in patients; the whole lab test was invented explicitly in the context of dosing warfarin therapeutically. Moreover, while liver patients have impaired synthesis of coagulation factors (II, XII, IX, and X), they also have impaired synthesis of anticoagulants (protein C and S) (6). While it’s possible they may have more bleeding than someone without liver dysfunction, the correspondence to bleeding risk with INR is actually pretty terrible (7). In fact, patients with liver disease are more likely to suffer venous thromboembolism due to inappropriate prophylaxis rather than bleeding from their liver disease (5, 6).

Investigators have tried to see if patient centered outcomes improve (or are at least non-inferior) when transfusion and diagnostic decisions are based on VEAs rather than routine labs. Although no mortality benefits have been published, authors have focused on safety outcomes in the context of reduced transfusion of blood products. It is generally understood that blood products continue to be both expensive and at times rare resources that can harm patients (8).

When to Reach for ROTEM

Despite conflicting data about VEA utility, there are a few cases where they can add to tailored resuscitation and/or working up unclear causes for bleeding.

Clinical judgement should always be used in combination with a ROTEM as it does have some limitations: