Ground Control to Major Tom: What is the role of helmet NIV in ARDS? 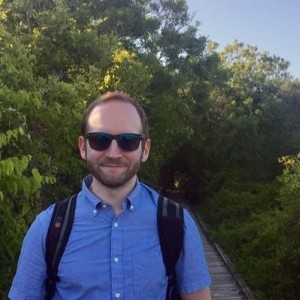 A 48 year old woman presents to your ICU with hypoxemia, diagnosed with COVID-19 pneumonia. Chest X-ray is notable for bilateral infiltrates.

You are considering a non-invasive initial strategy and have heard about the helmet interface for non-invasive ventilation. Should you use it?

Introduction: What is it?

Figure 1: Simplified diagram of helmet NIV. The main difference from facemask NIV aside from the interface is the two-limb system as shown.

The helmet interface non-invasive ventilation (NIV) utilizes a two-limb system (inspiratory and expiratory), and thus often requires a traditional ventilator, rather than a typical machine. Importantly, you must set the machine to NIV mode (most, if not all, ventilators have this mode) so that leak compensation is provided.

Potential benefits of this interface over a traditional NIV facemask include a tighter seal, allowing delivery of higher pressures (inspiratory and PEEP), and avoidance of skin breakdown. The ventilatory assistance provided (Pvent) could potentially offload the effort required by the patient (Pmusc) to meet the required minute ventilation. In fact, offloading of Pmusc may be an important predictor of NIV success. It also may be associated with less particle dispersion, a key factor in viral transmission risk.

The use of NIV in ARDS remains controversial given a mixed evidence base. What can be said about Helmet NIV?

This brief review will focus on the two major trials in the last 5 years, including HENIVOT, just released at the end of March.

What have we learned?

These trials suggest that helmet non-invasive ventilation is safe and potentially effective for reducing intubation rate in ARDS when compared to HFNC or facemask NIV.

There are several important considerations when trying to generalize these findings. Helmet NIV requires additional expertise when choosing settings. Both trials aimed to achieve a minimal rise time and peak inspiratory flow of 100L/min to mitigate flow starvation and prevent CO2 rebreathing. Cycle dyssynchronies were avoided by adjustment of the cycle variable (% of peak flow, as in pressure support ventilation).

Perhaps most importantly, intubation criteria were carefully pre-defined and followed. If we’ve learned anything during the pandemic, timing of intubation varies greatly across different centers and clinicians.

The helmet interface allowed delivery of high PEEP compared to facemask NIV, and higher PEEP may mitigate some of the harmful transpulmonary pressure swings associated with spontaneous breathing in ARDS, as well as promoting alveolar recruitment to reduce lung stress. There is no clear way, however, to measure delivered tidal volume, a cornerstone of invasive mechanical ventilation management in ARDS.

The use of NIV in ARDS remains controversial, especially when standard facemask interfaces are considered. Failure rates approach 50% in patients with moderate to severe ARDS and are associated with a high mortality rate.

There is an association of higher risk of NIV failure in the following scenarios:

In addition, secondary analysis of patients treated with NIV in the LUNG-SAFE study showed increased mortality in patients with P:F ratio < 150 when compared to invasive ventilation. One wonders whether the delay of evidence-based therapies such as prone positioning and lung-protective ventilation are playing a role here.

Where do we go from here?

High flow nasal cannula has established itself as the standard of care in de novo hypoxemic respiratory failure since the FLORALI trial. It provides some degree of dead space washout, theoretically decreasing minute ventilation requirements and potential lung stress and strain. A nominal amount of PEEP is provided as well. In HENIVOT, however, the intubation rate was higher in the HFNC group compared to helmet NIV. Interestingly, there was more barotrauma in the HFNC group, though it did not achieve statistical significance. This may be due to excessively negative pleural pressures with vigorous spontaneous efforts.

When possible, safely avoiding invasive ventilation provides a huge benefit to both patients and health systems. In expert hands, helmet NIV appears to reduce the intubation rate of patients with moderate to severe ARDS. Further studies are needed to define the safety and effectiveness of helmet NIV with pragmatic use.