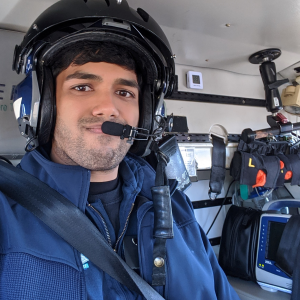 The concept of “therapeutic hypothermia” was introduced in the care of post-cardiac arrest patients nearly two decades ago. Initial studies hinted at a benefit in neurological outcome for comatose patients after cardiac arrest with cooling to 32C to 34C for 24 hours. Subsequent studies which compared cooling patients to 33C vs. 36C, as well as varied durations of cooling, have yielded equivocal results and raised more questions than answers.

We’ll cover some details about the study, but if you want to read the important parts, jump down to the Strengths/Limitations/Discussion section to catch our critical appraisal and interpretation of the study.

Thanks to Dr. Niklas Nielsen and Dr. Josef Dankiewicz for sending us supplementary materials to use for images in this post.

What did they do?

Compared to the early hypothermia studies, the TTM2 trial contains a larger sample size and is generally better designed to minimize bias. Josh Farkas (@pulmcrit) aptly refers to the study as a “methodological fortress”. It showed that OHCA patients who were randomized to receive lower targeted temperature did not have better mortality and functional outcome and suffered from increased iatrogenic harm (specifically arrhythmias) compared to patients who were kept normothermic. The authors propose some possible reasons for arrhythmias causing hemodynamic instability: electrolyte disturbances, fluid status, and temperature effect on cardiac myocytes. They also note that of 53 patients that were rewarmed in the hypothermia group, 17 (32%) were due to hemodynamic compromise and 12 (23%) were due to bradycardia.

The supplementary materials in the paper also list the various unexpected serious adverse events, ranging from leg ischemia, cardiac tamponade, major stroke, tension pneumothorax, tracheal injury during intubation, and many others. In fact, patients in the hypothermia group had more than twice as many unexpected complications than patients in the normothermia group (3.7% vs. 1.4%). Is “therapeutic hypothermia” really therapeutic with all of these complications?

Based on the results of this trial, is it time to change clinical practice and completely forget about “therapeutic hypothermia”? Given the results of highly-powered studies like the TTM and TTM2 trials, hypothermia is becoming less and less useful as a means to prevent further neurologic injury. While it seems clear that targeted temperature management to 33C does not improve outcomes compared to normothermia, it is hard to ignore the skewed patient population included in this study (~90% witnessed arrest, ~80% bystander CPR, ~80% male, ~72% shockable). These demographics are also consistently found in the 2013 TTM trial. Despite this, we may be seeing a shift to temperature control at normothermic ranges and prevention of fevers.

For more FOAMed on this trial, check out: