Consequences of Cardiopulmonary Bypass: What the Intensivist Needs to Know 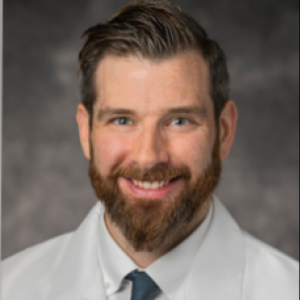 Cardiopulmonary bypass (CPB) is common for most cardiac surgeries. CPB drains blood from the heart and returns it to the proximal systemic circulation allowing perfusion during the operative period. It was pioneered in 1951 by John Gibbon and allowed the successful repair of an atrial septal defect. The technology has advanced considerably in the following 60 years (1).

A rudimentary bypass circuit starts on the right side of the heart, where venous return is drawn into the bypass reservoir. Once there, a centrifugal pump moves the blood through an oxygenator which allows for gas exchange. Oxygenated blood then returns to the body via an arterial cannula, most commonly placed in the proximal ascending aorta (2). A portion of the oxygenated blood is returned in a 4:1 ratio with a cardioplegia solution to the aortic root, perfusing the coronaries above a competent aortic valve.

Cardioplegia solutions vary in composition but all contain high concentrations of potassium chloride (15-35 mEq/L) to induce cardiac arrest. By inducing electrical quiescence and cooling the heart to lower myocardial oxygen demand, cardioplegia mitigates the ischemic effects of CPB while also allowing a surgeon to perform a procedure reliably (3). CPB requires complete heparinization to attenuate the prothrombotic effect of blood interacting with the non-endothelial surfaces of the CPB circuit. Goal activated clotting times (ACT) depend on the temperature of the patient but range from 400 to 500 seconds (for reference, a normal ACT is 80 to 120 seconds). Patients typically receive protamine to reverse the heparin effect after separation from CPB; although in some cases, protamine itself can cause coagulopathy. In dealing with postoperative coagulopathy, the root cause can just as easily be excessive protamine use rather than the CBP itself.

While CPB and cardioplegia provide a surgeon with a motionless heart that can receive an operation, that facile work environment comes at a cost. CPB induces pathophysiologic changes, in addition to the combined insults of the surgical procedure, the need for systemic anticoagulation, and relative hypothermia.

The cascade of CPB pathophysiology is:

Future posts in this series will delve more deeply into the associated end-organ complications (5). Most of the complications are self-limited and can be managed with the provision of quality critical care in the immediate postoperative period.