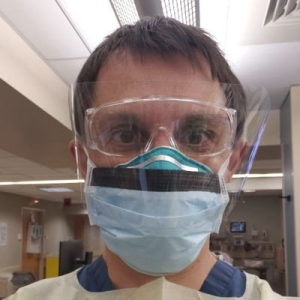 Coaching is probably the most overlooked form of giving feedback. In fact, it’s probably something you are already doing and neither you nor your learner may recognize it as an example of feedback-in-action.

So what exactly is coaching? The term “coach” no doubt makes you first think of sports, or maybe even some form of artistic performance. Coaches are people who have experience and skill in a discipline, whose role is to oversee others performing in their field and maximize their performance through continuous improvement. Kind of sounds like medical education, doesn’t it?

Coaching involves the direct observation of a task, followed by immediate feedback, with the end goal of increasing the level of performance of the aforementioned task. The expectation is that the person being coached will perform this task in the future and will implement the things learned through the previous coaching session. Picture a hitting coach watching a player take batting practice, then immediately giving pointers on their swing. Imagine an acting coach watching a scene performed, then giving the actor notes. The hope is that in the next game or at the next performance they will be a little closer to their personal best.

The most obvious utilization of coaching in medical education is in procedural teaching. These technical skills mirror those in sports or music. Feedback on the way someone is directing a laryngoscope is not so different from commenting on the trajectory of a baseball bat. But coaching is not limited to physical actions. Think of that same hitting coach dispensing advice in their player’s ear while they watch an opposing pitcher warm-up. Coaching involves analyzing the thought process of the coached- asking questions, prodding, finding holes in comprehension, and filling them with knowledge. An experienced medical educator may naturally be doing these things, but what is exciting and effective about coaching is that it happens in the moment regarding a specific task or situation.

There is a common refrain in the world of med ed that the educator should clearly announce that they are giving feedback so that the learner knows that they are receiving feedback. This may not fit naturally in the real-time process of coaching. An approach to this is to retroactively announce the feedback by reminding what was covered in the coaching session at a later time, either at the end of the shift or in the next clinical interaction- “let’s review that feedback I gave you about your intubation technique.” This has the added advantage of spaced repetition for improved retention.

So be a coach. You do not need a whistle or a clipboard, only an investment in your learner’s development and a willingness to share your expertise.