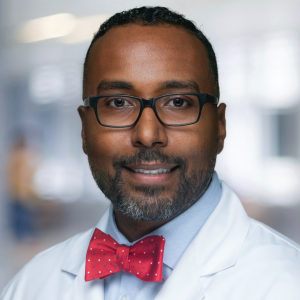 A 19-year-old female suddenly collapsed at the mall where she was in the company of her friends. When EMS arrived, they found the patient to be responsive only to painful stimuli and was moaning. She was maintaining her own airway. One of her friends told the paramedics that the patient has a known “kidney condition” for which she takes medication. There was no reported substance use or other known medical conditions. She recently started training for the Pittsburgh marathon. Initial vital signs were the following: T 98.6F, HR 100, BP 80/60, RR 16 and nonlabored, PulsOx 94% on RA. Her initial blood glucose was 45. As the EMS crew competed the head-to-toe examination, they noticed the presence of following the bracelet around the patient’s wrist (shown below). They quickly recognized the underlying condition and began resuscitation and stabilization before transport.

The adrenal gland consists of two parts: the adrenal cortex and the medulla. The catecholamines epinephrine and norepinephrine are produced in the adrenal medulla. There are three zones that make up the adrenal cortex, which mainly produces steroid hormones and androgens. Cortisol is an important steroid hormone that regulates the body’s response to stress such as trauma or infection. It exerts its function on the immune system and controls metabolism and vascular tone. Cortisol production is tightly regulated by the hypothalamic-pituitary-adrenal axis (HPA axis). The hypothalamus produces corticotropin-releasing hormone (CRH), which stimulates the anterior pituitary to release adrenocorticotropic hormone (ACTH). ACTH works on the zona fasciculata to activate the release of cortisol.

Many disease processes can disrupt the HPA axis by altering the function of the adrenal cortex, pituitary, or hypothalamus resulting in primary, secondary, and tertiary adrenal insufficiency, respectively.

In primary adrenal insufficiency, aldosterone is also deficient. The production of aldosterone is regulated by the Renin-Aldosterone-Angiotensin (RAAS) system. It controls volume status by increasing the reabsorption of sodium in the kidneys while excreting potassium. When these patients present in adrenal crisis from primary adrenal insufficiency, one can expect to see the following electrolyte disturbances:

A patient with chronic adrenal insufficiency can present in acute crisis if there are precipitating stressors. Some examples include:

Adrenal crisis is a life-threatening condition in which the supply of cortisol and/or aldosterone does not meet the body’s demand in response to an acute stressor. A reduced supply of cortisol will decrease vascular tone, causing systemic vasodilation, shock, and hemodynamic collapse. One can also see the following signs and symptoms:

Treat with fluid, fluid, and steroids.

Patients in adrenal crisis should receive aggressive resuscitation with careful attention to reverse any exacerbating causes.

If hydrocortisone is available, give 100 mg IV as a loading dose, followed by 50 mg IV hydrocortisone every 6 hours as a maintenance dose. In the prehospital setting, hydrocortisone might not be available or allowed to be given per local and state protocols. After consulting with the medical director, give 40 mg IV Methylprednisolone. Many patients with adrenal insufficiency carry medical alerts or their own emergency medication that EMS can administer.