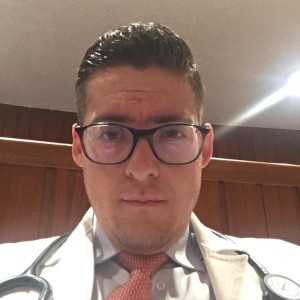 Recently I shared a case on Twitter about a patient with severe ARDS and shock who had all the signs of right heart strain from an acute increase in RV afterload:

Naturally most asked for more data, so I’ll briefly expand on the case:

Patient is around 50 years old and about 200 pounds, arrived at the hospital 12 hrs prior. Did not have shock prior to intubation and had severe hypoxemia. After intubation patient became hypotensive and norepinephrine dose began escalating up to 0.6 ug/kg/min. Pt was sedated with propofol, midazolam and fentanyl (which definitely made things worse) and was paralyzed with cisatracurium. Ventilator settings were VC-CMV TV 390 ml (6 ml/kg PBW), PEEP 8, RR 30, Pplat 35. Here is the chest x-ray:

What did the primary team do?

They judged the patient to be too high risk for transfer to the CT scan and that the vitals were severe enough to warrant empiric thrombolysis, so the team infused 100 mg of Alteplase and a Heparin gtt. After this, the patient improved somewhat with NE down to 0.35 ug/kg/min and O2 sat improved to 94%. Patient was NOT transferred to get CT Angio.

12 hours later after my shift began, I met the patient who was again in profound shock, NE 0.85 ug/kg/min and unchanged POCUS findings of severe RV strain. Still with terrible lung mechanics and persistent hypercapnia. Naturally we wanted to prone the patient but was not stable enough. There were some doubts from some of my team whether Altaplase had worked initially and now patient might have re-thrombosed. This exposes the danger of not confirming the diagnosis of PE, as Josh Farkas writes it on the IBCC: “Beware that empiric thrombolysis without CT scan can create an extremely confusing picture if the patient doesn’t improve or starts bleeding (because the initial diagnosis is unclear, and further complexity is piled onto that.”

We decided to treat as Acute Cor Pulmonale secondary to ARDS. Optimize RV hemodynamics with diuretics, vasopressin, and dobutamine (no milrinone available). Also thought about inhaled pulmonary vasodilators, but none were available (scarce resources due to pandemic). After dobutamine (5 ucg/kg/min) + vasopressin (0.04 UI/min), NE was able to be weaned off, patient was proned and PEEP titrated to compliance (which turned out to be 8). FiO2 was lowered to 60% and lung mechanics slowly improved (albeit slightly): plateau pressure 24, driving pressure 16 and static compliance 23. After improvement on lung mechanics, PCO2 and oxygenation, dobutamine and vasopressin were discontinued, and the patient remained hemodynamically stable.

***Our center has no ECMO available

So, was this a massive PE?

This was a very hard case and the primary team did an amazing job at making a really difficult decision. However, I do not think this was a massive PE (though it is definitely possible).

I believe there was a more likely cause of acute cor pulmonale present (severe ARDS), so one need not to invoke an alternative diagnosis (massive PE). It is very important to notice that none of the POCUS signs of RV strain (McConnell, 60/60, RV/LV ratio) are specific for PE. All they convey is that there is an acute increase in RV afterload (from any cause) causing hemodynamic repercussions in RV function.

I could not word this better than Dr Scott K. Aberegg, from https://www.statusiatrogenicus.com/

There were many very valuable comments on the original twitter thread and I recommend you to go and read them all.

The Conjunction Fallacy
The conjunction fallacy (also known as the Linda problem or the Vadacchino Principle) is a formal fallacy that occurs when it is assumed that specific conditions are more probable than a single general one. It is well known that acute cor pulmonale (ACP) is common in patients with ARDS in the absence of massive PE. Many studies in patients on protective mechanical ventilation have reported an incidence of 20% to 25%. A much higher incidence of 50% is seen in more severe patients (PaO2/FiO2 < 100 mmHg).
Three parameters are especially related to the occurrence of ACP:
1. Plateau pressure
2. Driving pressure
3. PaCO2

Why is ARDS-induced ACP associated with these 3 variables?

For 1 and 2: Understanding the pathophysiology of hypoxemia in ARDS can help better estimate the probability of a coexistent problem.

Variability in this physiologic response is well documented between individuals, so a spectrum of severity in hypoxemia in relation to lung volume can be seen in ARDS.

The less compensatory HPV, the more hypoxemia even with relatively preserved lung parenchyma (better looking X-ray). If HPV is greater, hypoxemia might improve; however, (and this is KEY) this will increase PVR and might contribute to RV strain.

For Patient 1 to have that degree of hypoxemia, there must be a low degree of HPV. So why would the RV have significant strain??? An alternative hypothesis might very well be a PE.

Patient 2 has an easier explanation for hypoxemia. Severe ARDS, with very low lung volumes. So even if HPV is normal, it can’t compensate for the severity of alveolar damage. The most likely explanation for RV strain is the ARDS itself!

The case presented at the beginning of this post had all the risk factors for ARDS induced ACP, so this should be the first diagnostic consideration. A key point is that hemodynamic instability presented right after intubation, a well known crash precipitant in patients with acute cor pulmonale.

When dealing with a patient with a failing RV, safe transfer to CT scanner is not possible without prior optimization. This includes 4 basic steps:

Applying these steps might make the patient stable enough to transfer to CT scanner in order to rule out a PE if high suspicion remains!

Conclusion: Another case to close

This is a case I saw with my friend Sergio Alday (@SergioAlday11). And is relevant because it’s almost exactly the same as the first one!

This was a female patient with severe COVID19 ARDS, bad lung mechanics and shock. NE 0.5 ug/kg/min. Again with all the findings of RV strain (RV>LV, McConnell, 60/60, dilated IVC).

We added Dobutamine and NE was weaned off. Before proning the patient, we got an AngioCT scan showing dilated RV with contrast regurgitation to IVC and hepatic veins. No Pulmonary embolism was seen. Pt was later proned and had a favorable evolution.

Attached GIF with McConnell’s on POCUS and negative CTAngio.