What You Need to Know About Urine Drug Screens - CriticalCareNow

What You Need to Know About Urine Drug Screens 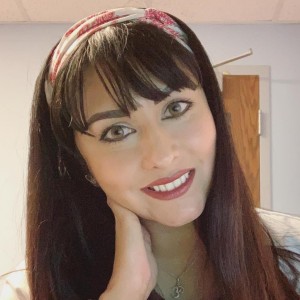 Nishika Patel
Critical care pharmacist with a fondness for cats, wine, and all things vintage. Also an insta-nerd who likes to teach ICU tidbits on her IG page @dr.scriptsndrips.

Urine drug screens (UDS) can be useful tools for critical care providers to determine if a patient is acutely intoxicated or has overdosed on a substance. However, there are pitfalls to using UDS. Many common medications can cross-react with UDS and result in false-positives for substances of abuse. This can lead to serious medical and social consequences including unnecessary medical treatment and mistrust. Knowledge of medications that could potentially cross-react with UDS is essential.

Why urine samples and not blood samples?

Immunoassay vs gas chromatography-mass spectrometry (GC-MS) – which is a better test?

An immunoassay is the most common method of performing UDS due to its simplicity, low cost, and prompt delivery of results. Unfortunately, immunoassays are prone to errors due to cross-reactivity from structurally related and unrelated compounds. Results of immunoassays should always be considered “presumptive” until confirmed by GC-MS which is the most accurate, sensitive, and reliable method of testing. Unfortunately, GC-MS is time-consuming, expensive, and requires a high level of expertise to perform. Most hospitals lack GC-MS testing.

False-negatives do exist and can be caused by a variety of factors such as cross-reactivity of the antibody used by the immunoassay, the cutoff concentration for a positive result (ex: concentration of the substance in the urine may be below the prespecified cutoff value resulting in a false-negative), or an extended length of time passing between substance ingestion and acquisition of the urine sample.

don’t forget that the test being used by YOUR hospital/test center may or may not test for the substance you are looking for. Not all assays are the same. And none of the specimens are collected with a chain of custody so none of them can “be used against” a patient (for some sick, vindictive reason this comes up on rounds more often than I care to admit).

Critical Care in a Submarine

Don’t Forget the Calcium (in Trauma)

Thrombolytics for PE in Cardiac Arrest

Cefepime-Induced Neurotoxicity: a Forgotten Cause of Altered Mentation

How Safe Are DOACs in Obesity?