Does Ketamine Cause HYPOTENSION? - CriticalCareNow

Does Ketamine Cause HYPOTENSION? 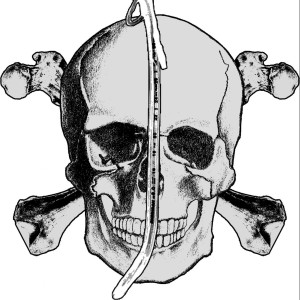 Ketamine is a pretty impressive medication; it is a hypnotic, amnestic, bronchodilator, antidepressant and analgesic that preserves airway reflexes and respiratory drive.  Its use spans the fields of emergency medical services, critical care, emergency medicine and anesthesia due to its broad applications in sedation and airway management.

One of the highly touted aspects of ketamine is its preservation of hemodynamics and increased sympathetic activity during intubation, making it ideal for management of critically ill patients.  However, two studies have recently challenged this assumption.   Here, well deep dive the literature as well as cover some of the basics.

Importantly, ketamine is an antagonist of the NMDA receptor producing its hypnotic effects and secondly acts to prevent catecholamine re-uptake producing its hemodynamic effects.  In addition, it has been found to have activity on calcium channel, sodium channel, opioid and muscarinic receptors. While ketamine actually demonstrates a direct negative inotropic effect, this effect is generally outweighed by increasing total circulating catecholamines.1

However it has been postulated that in the setting of a catecholamine depleted state – think a protracted course of shock – it could be reasonable that the direct negative inotropic effect outweighs the increased circulating catecholamines. Two studies were recently published from the NEAR registry, both retrospective cohort studies that challenge the hemodynamic profile commonly associated with ketamine.

Etomidate Use Is Associated With Less Hypotension Than Ketamine for Emergency Department Sepsis Intubations: A NEAR Cohort Study. Nicholas M. Mohr, MD, MS. 5

These two studies challenge the widely held belief that ketamine is a hemodynamically neutral induction agent, especially when compared to etomidate.  These studies both identified a significant risk of hypotension in both a general population and specifically septic patients.  This is in direct conflict with prior physiologic studies, which are fairly robust, as well as previous retrospective matched studies.  One such study of 384 patients observed less hypotension in the ketamine group, (51.3% versus 73%, p=0.001). The ketamine group on average received 1.8mg/kg versus 0.3mg/kg etomidate – pretty standard doses – with no significant differences in peri-intubation pressors.6

Furthermore, how are we to interpret a lack of a dose-dependent response to ketamine in the first study?  Given very different clinical effects at dissociative and sub-dissociative dosing of ketamine, wouldn’t we expect different hemodynamic profiles?  It also seems that the subgroup of patients with pre-intubation hypotension would have been extremely important to report however this was neglected in the analysis.

Excluding patients with pre-intubation hypotension is a significant limitation to interpretation of this data. One might expect some practitioners would preferentially use ketamine in this instance! What is worth emphasizing, however, is that there is no magic induction agent that will avoid all hypotension. In most cases, careful anticipation and preparation for the hypotensive patient requiring intubation is most important.
– Matt Siuba

From these studies, we can appreciate that our medically ill patients and specifically septic patients are at high risk of peri-intubation hypotension and mitigating this response still remains a priority.  However these two registry studies largely muddy the waters and a prospective randomized study is still necessary to answer the questions raised by these studies.

The Best Vasopressor (ever)

Go With The Flow

You Can Do That With Ultrasound?

Finding an LVAD MAP: What the Books Don’t...

What in the World is TAPSE?

Corticosteroids in COVID19: The Pendulum Swings Back